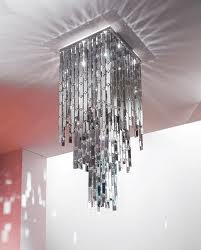 Almost every morning i awake from the strange world of a fantastic dream. I keep notebooks and pens right next to the bed within arm's reach, so i can write down the most interesting ones. Like most people, i imagine, if i don't get the details down within just a few moments of waking, my memory of the dream just fades away, piece by piece, until nothing is left - so i get them down in writing as soon as my eyes open.

One of the reasons i keep a journal is because my two sisters and some of my close friends get a real kick out of trying to interpret my most bizarre dreams, though after a good laugh the typical conclusion is that i should seek out a good therapist. Most of the dreams are a series of lucid, illogical events, devoid of any kind of satisfactory conclusion. Although i have experienced a few dreams that turned out to be accurate premonitions (as a first grader i woke up crying on a rainy morning and begged not to be put on the school bus because i dreamt it would crash, and indeed, later that morning it did).

So, by way of that lengthy introduction, let me get down to the business at hand. I noticed the Wiffledust Creative Writing Challenge last night and decided that when i woke in the morning I would write down my dream, whatever it happened to be and post it here on Wiffledust. This was the first time that i can ever remember going to bed counting on a dream. So, in a sense i went to sleep to work on a project. The first thing i felt when my eyes popped open this morning was disappointment, because i hadn't dreamt anything at all. I suppose my psyche does not like to perform on demand or be bossed.

So, I got up, cooked breakfast for my teenaged son and sent him off to school. My usual routine after breakfast is to get right to work on the novel i have been writing. But today i was bothered with a headache and in a rare state of malaise I went back to bed to "sleep it off". My intention was to take a 15 minute nap. Instead, i slept for three hours and woke back up at lunchtime. The unfortunate results of my hibernation include unfinished work on my novel and a mob of hungry barnyard animals, awaiting my arrival outside even now. But the good news is that during my three hour hibernation I had this dream to tell:

I was living in a big city, in a brownstone apartment. The place was not furnished except for the dining room, the centerpiece of which was a grand crystal chandelier. It acted as a prism for the sunlight shining in through a huge picture window that spanned nearly the entire front of the home and looked out on to the street. It was Valentine's Day. My friend and I pulled up outside of the apartment and a man in a long brown trench coat stood outside our building holding a piece of paper in his hand. He stood there staring at the entrance as though waiting for someone to come outside. I didn't know the man and although his presence struck me as odd, i didn't acknowledge him or ask if he needed help. I just walked right past and shut the door behind me. Once i got inside i went into the dining room to change my shirt. I looked over and noticed that the strange man was still standing outside and that he was looking in through the large window. This annoyed me. I decided he must be some kind of a Peeping Tom, so i went to confront him (I was fully clothed by now).

I walked right up and asked the guy what he was doing and he said, "Have you seen my dog?" The piece of paper he held in his hand read 'Missing' and it had a photo of his pedigreed dog on the front. "He has a white face, like a mask," the man explained, as he described his lost dog to me.

I looked at the missing poster and remarked on what a beautiful dog it was. I told him i was sorry he had lost her and i began to feel rather guilty that i had misjudged the poor fellow as some kind of pervert. As we spoke, the neighbor and his three young sons came walking out of their apartment holding a mutt. In their hands were red ribbons and chocolate valentines. "Our dog won second place!" they shouted at me, excited and holding up their dog for me to see. I told them i was so happy their dog had won. I asked them to tell me about their valentines and they all three giggled and ran off after their father.

I turned back around to address the stranger, and saw that he had found his lost dog. He held her in his arms along with a handful of blue ribbons. He had found his dog and she had won first place.

So, there we have it, Freudian Wiffies. I happen to think this dream, like most all of the others, defies logic and reason. But please feel free to offer up your interpretations. After all, my mind dreamt this one up on assignment, special for you, Wiffledust. Wishing a dreamy day for All!

The introduction is as entertaining as the dream!!  Thank you for sharing!!

Comment by Faith Phillips on February 23, 2012 at 3:23pm
My pleasure, it made for an entertaining Thursday afternoon!

woo hoo! i love this! i'm going to see if anyone wants to take a stab at being freud! :-) i may try myself a little later on. thanks for sharing this, faith! and for participating!!!! i'm so happy the dog was found!!!!