In Celebration of Halloween & A Book Release 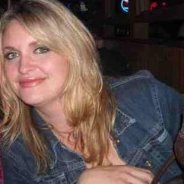 I was not long out of law school when Bob Dylan announced he would play the Old Lady on Brady (the Tulsa Brady Theater) in 2009. Thanks to our folks, my sisters and I grew up on a steady Dylan diet. As I matured and began to view his lyrics through the lens of my own life experience, I became more and more obsessed. Divorced and maybe a little bitter at the time, Blood on the Tracks was the album on heavy rotation in my house and in my head. So, in chilly October 2009 my entire family bought tickets to go see this Dylan concert in Tulsa. The experience of that night inspired me to write a review, mostly as a love letter to Bob saying thank you.

During the long drive home from the concert I began to flip through the depressing Oklahoma radio selections, disgusted by the absence of even a single really good station. My desperation was only made worse by the proximity of the Grade A stuff I’d just enjoyed live and in person with Bob. Finally, the scanner paused on a sound that really lit my fire. I mean it yanked my chain. It floated my boat and spanked my monkey – you get the drift. It was Sanford Clark singing:

“I wasn’t lookin for trouble
I never do
But the man I killed
Acted just like you.”

Oh man, it sounded SO good – that rockabilly THUMP. It brought back a feeling I hadn’t experienced in forever: the absolute euphoria of hearing a piece of excellent roots music for the first time. At the song’s conclusion I heard the voice of the radio show’s creator and host – Steve Ripley. Steve Ripley! I only knew at the time he had a magnetic voice – the perfect voice for a radio program. It wasn’t until later I learned he was the front man for The Tractors, that he’d toured with Dylan in Europe and produced music for the likes of Leon Russell and the Red Dirt Rangers. And after all that I discovered, joy upon joys, RIPLEY WAS FROM OKLAHOMA!! Here was this incredible one-of-a-kind radio show spinning tunes from JJ Cale, Leon Russell, Big Joe Turner, Fats Waller, Bob Wills, Jimmy “Junior” Markham, Wanda Jackson, Jimmy (and Joe) Liggins - in Oklahoma - I felt like I'd won the lottery! I literally became addicted – craving more and more roots music. I huddled over my radio each week with a pen and paper taking notes maybe like a junkie huddles over his needles and spoons and … well I don’t really know what else, I’ve never been into any of that to tell the truth.

So anyway, you think you know roots music?? You don’t know ANYTHING about roots music until you’ve listened to all twenty episodes of this show – Oklahoma Rock & Roll with Steve Ripley. Afterward I found myself in a state of near-panic to have ever called myself a music enthusiast. I mean, what if I was found out?? Suppose someone exposed me as an Imposter! I felt like I imagine some must have back in Galileo’s time when they learned the world really was spheric – like maybe I was one of those lazy jerks who sat back satisfied and insisted, “no, no – don’t sail anyplace else! Just stay here and look from this perspective. See there? Everything looks flat! Let’s just call it good.”

By now maybe you’re wondering whether I will ever reach a main point in this essay. Thanks for your patience, Friend, I’m getting to it. From Ripley’s radio show I got hooked on Leon Russell. Will-O’-the-Wisp, in particular. When I listened it set my soul on fire; doves were released by the thousands into the air, rainbows and their pots-o-gold sprung up all around and I went running through the fields hand in hand with the music. My synapses started firing on overtime and the complete outline for a fiction novel was delivered ‘special from Bugs Bunny’ right into my little pea brain.

I started writing a supernatural thriller about a spooklight, as we call them here in Oklahoma or, as the Brits say, a “Will-O’-the-Wisp”. I became so passionate about the story that I left my law practice and dedicated two full years of my life to writing the novel. In a twist that may not be all that surprising, music pervades the entire work – in fact, you might argue that music becomes a main character. Some of it is Roots music and some simply roots derivative. But let me tell you, this book has a great soundtrack and one hell of a back-story. So, I guess my point here is this: Roots music inspired me to give up my money, my job, my house, the law ... I gave it all up to write this book. If that ain’t a spooky kind of power, well then I just don’t know what is.

So, here she is, folks, if you’re interested ... and I hope you are. The book that music wrote. My monster-baby, Ezekiel’s Wheels. Treat her kindly and I believe she will do the same for you. Just be sure to keep all the lights on in the house while reading. You will forgive me but ... my baby's just a little bit spooky.

Faith Phillips is the author of the debut fiction novel, Ezekiel’s Wheels, now available for purchase in Kindle format on Amazon.com http://www.amazon.com/dp/B009XD6QSK

You've pulled me in! I admire people who risk all to follow their passion .. kudos to you and may your dedication to your art fill up your soul and your pockets! :-)

Thanks so much for all the support!! xxox

i can't wait to read it. storm stuff has me behind, but i will read soon. in the meantime i'll share on twitter and tumblr and fb, and tell you how happy i am that you're back! xoxox