A Muggy Night, A Sister, and a Guy Named James Taylor 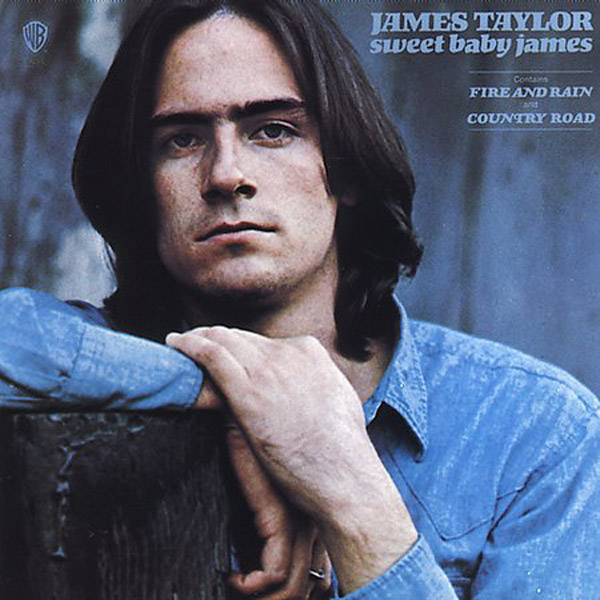 It’s a steamy night in Eastern Pennsylvania where I grew up and still call home. I just turned on the TV, and immediately a piece of pure joy popped up. James Taylor and Carole King are singing Sweet Baby James together. It put me in mind of another hot and steamy night many years ago when my sister and I actually went somewhere together.

This sister is about a decade older than I am, so we didn’t officially grow up together. We didn’t share much outside our family. So it was an unusual thing when one Wednesday night she called me up and said “I’m picking you up around 6:30...we’re going out.” Oh? She said it like it was a weekly event. But I was game. Ever since I had been born going out with either of my older sisters was more than a big deal. So I started getting dressed before I even asked her where we were going. She was married and out of the house by this point. “I’m going to see James Taylor at the Mann and Dennis doesn’t want to go. I'M GOING. Nothing is stopping me. You’re coming too.” Well alrighty Even our mother said, “You mean that Carolina boy who sings through his nose? He’s pretty good!” . “He’s GORGEOUS! “ My sister hollered back to the kitchen at our mom as if to scold her. “Yeah!” I added profoundly in some youngest child desire to be part of the team. This was getting better and better. I was liking everybody. I was liking her for taking me. I was liking Dennis for not wanting to go. And I sure was liking James for coming to town to play for me who hadn’t heard him live yet. . So off we oddly paired girls went to actually share something.

We had the most fabulous seats towards the back but in the center of the Mann Music Center. It’s an outdoor theater in Philadelphia, and the sound is wonderful. It’s the summer home of the spectacular Philadelphia Orchestra and built with superb acoustics. We sat under a wooden roof, and out came James. We had almost three hours of pure heaven clutching arms at one perfect song after another. We kept grinning at each other as if we were three years old and being tossed our favorite Halloween candy. James was singing “Sweet Baby James” under the twinkling stars with the occasional airplane taking off or landing nearby, and all reality stopped. My sister and I were suddenly the same age, we were friends, and we were in love with the magic of the night.

I thought of this tonight, because I realized that James Taylor has been at it for 40 years now, and he crosses all ages and all decades. His music has the power to make bridges. He came out of the seventies and my sister’s generation, but he’s mine too. And he’s there for all those who have come later. His music is timeless and magical. At the end of our night my sister had to rush home, because her husband called to tell us her terrier angered a skunk, and he needed help with the whole tomato juice bath thing. Reality sent us back to our separate lives. But for a few hours, there was no time and no space. And here it is decades later, and the Carolina boy who sings through his nose is still singing. And Philadelphia is still muggy in the summer.

Comment by Suzanne Duncan Lees on June 9, 2010 at 5:35pm
Went to see JT in the same venue. Lawn seats on a warm, muggy summer night. No rain for weeks....James launched into Shower the People, and a slow, steady rain began to fall from the sky. Coincidence?

Comment by wiffledust on June 5, 2010 at 3:20pm
oh i love livingston taylor! to me, he's very different from james though. ( i talked to him once on the phone...! it was such a big accident, and liv was VERY funny!) anyway, please try to see james the next time it's possible. it's one of those experiences you'll never forget!!!, thanks, paul!

Comment by Paul Halpern on June 5, 2010 at 3:15pm
Thanks for sharing that great story. My university's graduation is held at the Mann Music Center so I was just over there and can really picture that concert.